Let’s start with some good news: The summer season is not yet over, and many tourists are still looking for a flight to one of Europe’s many destinations

Now, here’s the bad news: unfortunately, there are not enough people searching for travel to bring the pressure of demand back up to early summer levels.

The Delta Variant has caused a significant setback for the hospitality industry, bringing an already delicate, challenging summer season to an abrupt halt. The travel industry has been affected both by the fear of contagion of the more deadly Delta Variant, especially among young people, but also by the reintroduction of many travel restrictions by European countries.

In July – even more so in the last weeks of the month – tourist demand for Europe fell sharply, especially in the Mediterranean countries; however, in August, the trends were incongruous across the continent. For two thirds of European countries, travel intentions decreased (compared to the previous month), while others recorded positive changes.

Here’s a good example of one of the European countries that fared better this month: tourist searches for flights to the UK increased by 44.5%, compared to July: in absolute terms, the UK had an increase of 4.1 million more flight searches in one month. This is a positive result, mainly influenced by the decision of the British Government, made at the beginning of August, to implement a series of easing restrictions for those travelling to the country.

The following graph shows the impact of this news on travel demand: an increase of 39% in flight searches on August 5, with a subsequent upturn in the trend. It must be pointed out that the stringent restrictions put in place by the UK, along with the impact of Brexit, have been an obstacle to all travel, across the continent; as such, the share of travellers wishing to travel for leisure purposes could be minor. The largest increase in flight searches comes from India, France and Pakistan. 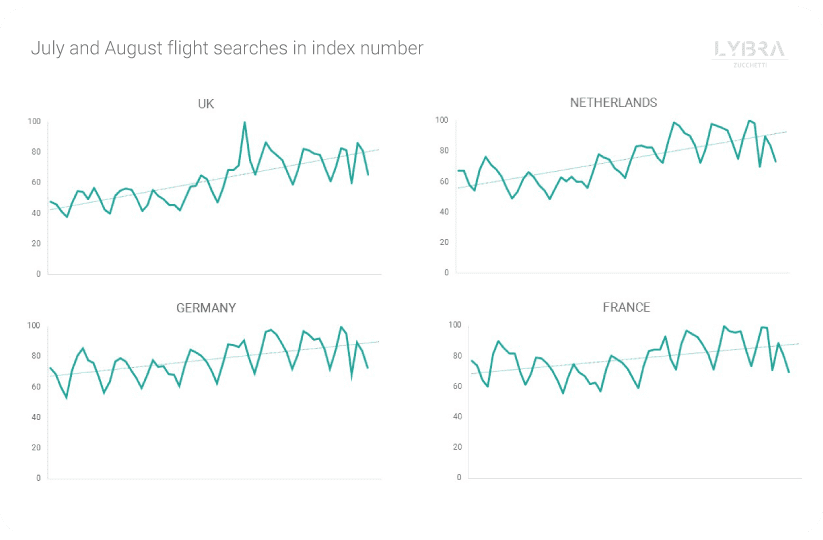 On the other hand, the British government has not lived up to the British people’s hopes for outgoing tourism, as they have kept two very popular countries on the red list for summer holidays: Kenya and Turkey.

There has been no shortage of controversy over this decision, especially from Turkey, whose tourism sector is experiencing a period of great difficulty. In addition to the repercussions of the worsening health situation, the country has recently been hit by a large series of fires that have devastated the most famous Mediterranean coastal destinations. The magnitude of the fires has forced many resorts to evacuate tourists and many tourist activities are once again at a standstill; obviously, this has caused significant damage to the country’s desirability (as a tourist destination), natural heritage, and of course, to tour operators. Turkey recorded the worst performance of all European countries: in August, demand for flights contracted by 27.6% compared to July (i.e., approximately 3.3 million fewer flight searches).

Germans are the most discouraged travellers; the British, on the other hand, travelers from the UK have started looking for flights to Turkey very intensively towards the end of August, but as soon as the government announced the country’s status, demand collapsed. 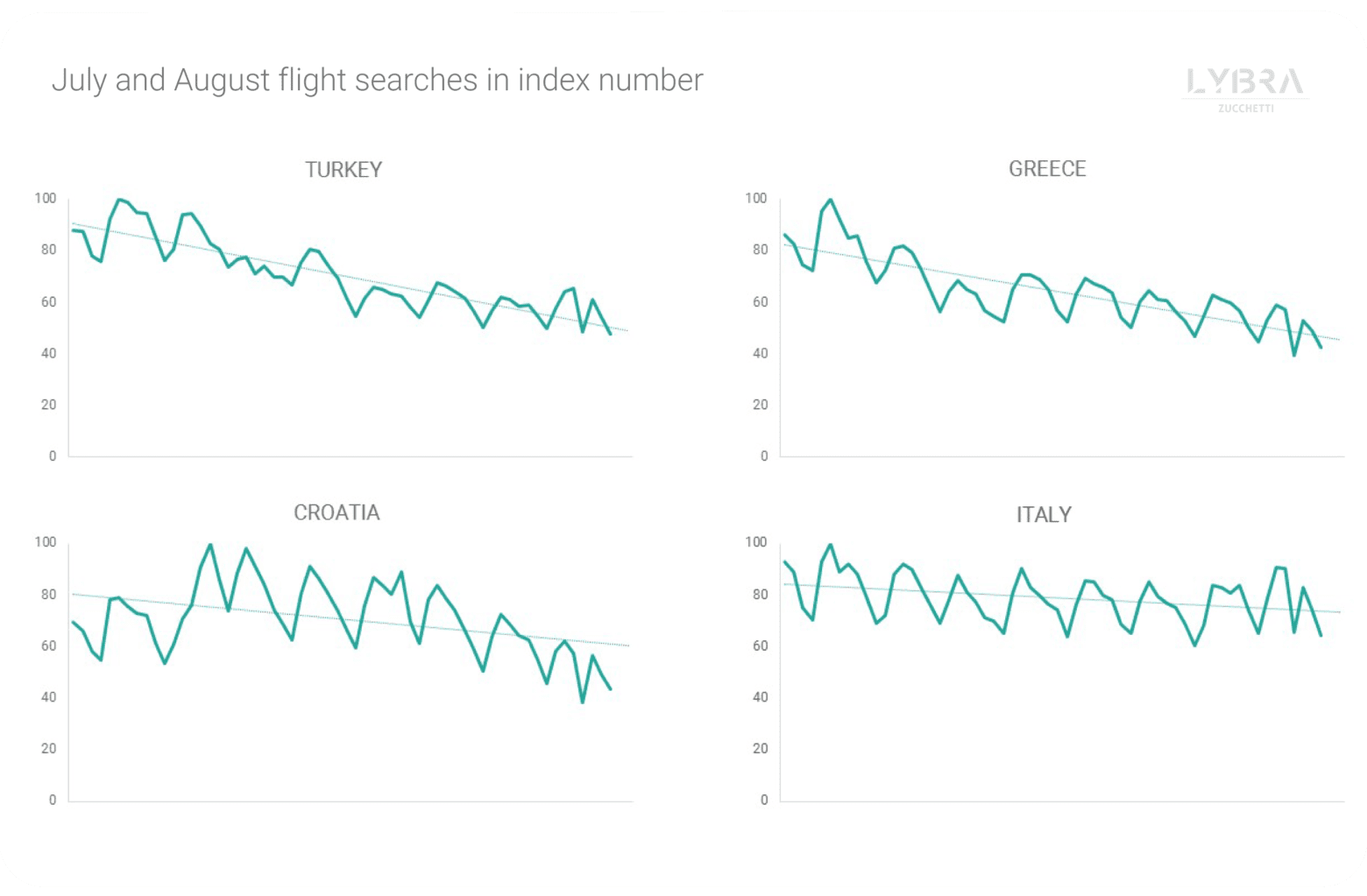 Greece has also been heavily affected by fires this summer, but this is not the only reason for its results. In August, the number of travellers interested in travel to Greece fell by 22.9%, compared to the previous month (a decrease of 2,900,000 flights), continuing a negative trend that was already underway. In July, the country’s demand was already decreasing, but new conditions that have been added do not help the hospitality and travel industries either: given the health situation in the country, both Germany and the United States have added Greece to the list of destinations which pose a high risk. Considering that the UK has placed Greece on the amber list, the country is experiencing the tightening of regulations from major markets at the worst possible time and risks ending a key summer season, even sooner.

To find out more about the upcoming travel demand in your city, please book a free demo to learn more about Destination, which provides DMOs with accurate, real-time information about how many travelers are searching for flights to your destination, from which country of origin and with what spending power. 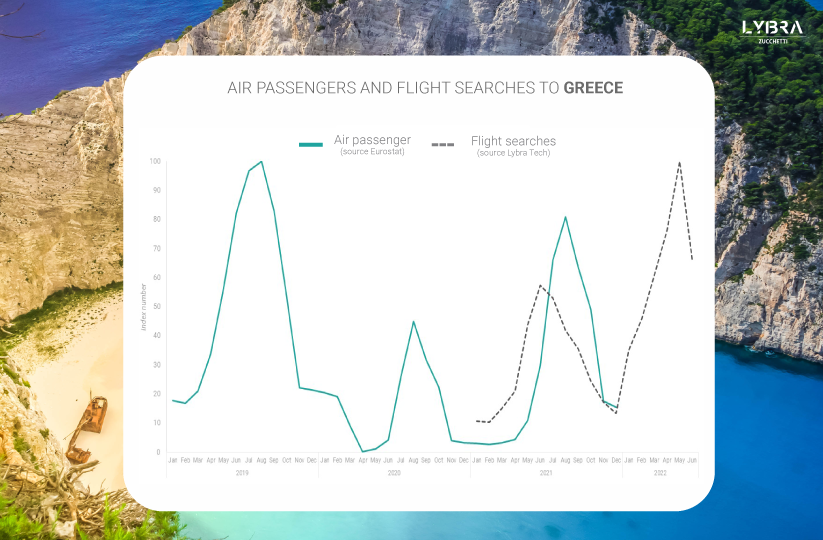