Greece was among the first Mediterranean countries to organize and implement a recovery plan to save national tourism; in addition to proposing the creation of the European health passport, Greece organized the vaccination program to immunize the tourist islands, announced the reopening to summer tourism in advance, opened the borders to vaccinated tourists and launched a campaign to attract “digital nomads”.

Together with Spain, Greece is a destination that is investing heavily in tourism recovery and is being closely watched – especially by its competitors – to see if the market responds to the countries’ efforts.

TREND. During the last thirty days, 3.7 million travelers searched for flights to Greece; when compared to the previous month, flight searches to Greece have increased by 20%, or approximately 628,000 flight searches.

It might still seem like a good amount of growth but, in reality, interest is slowly fading after the boom in searches at the end of February triggered by the announcement of the plan to reopen the border. The trend has remained stable, with average growth of 1.2% daily. 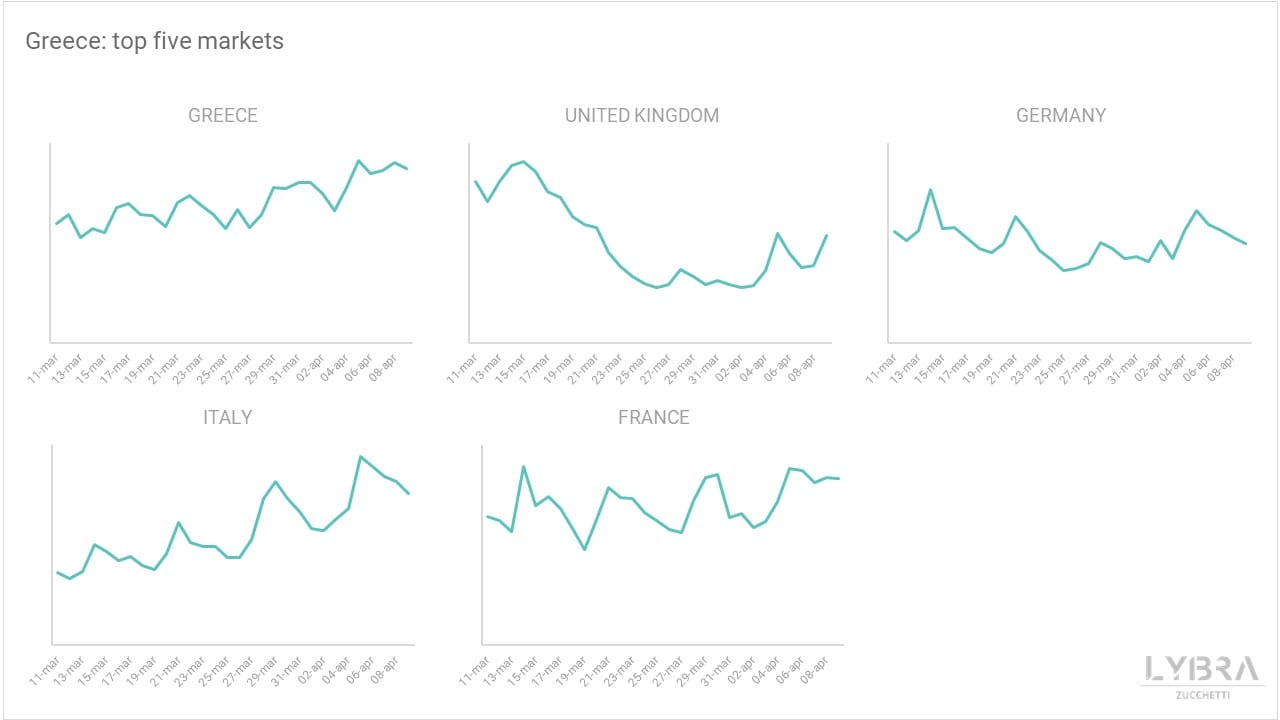 July is the preferred month for the British, Greeks and Germans; Italians and French prefer traveling in August. From the data, it’s clear to see the impact of English policy on the travel market: from June (planned date of re-opening of travel abroad) onwards, users from the United Kingdom represent the first market interested in reaching Greece, with a fixed share of 20-21% of the total interest.

The make-up of travelers changes significantly depending on the month, but the weekend is always preferred for departure dates: in May, domestic travelers are the top (107,000 flights), followed by the British (94,000), the Germans (75,000) and the Russians (40,000). The major searches are for May 1st and for the weekend of May 14th. 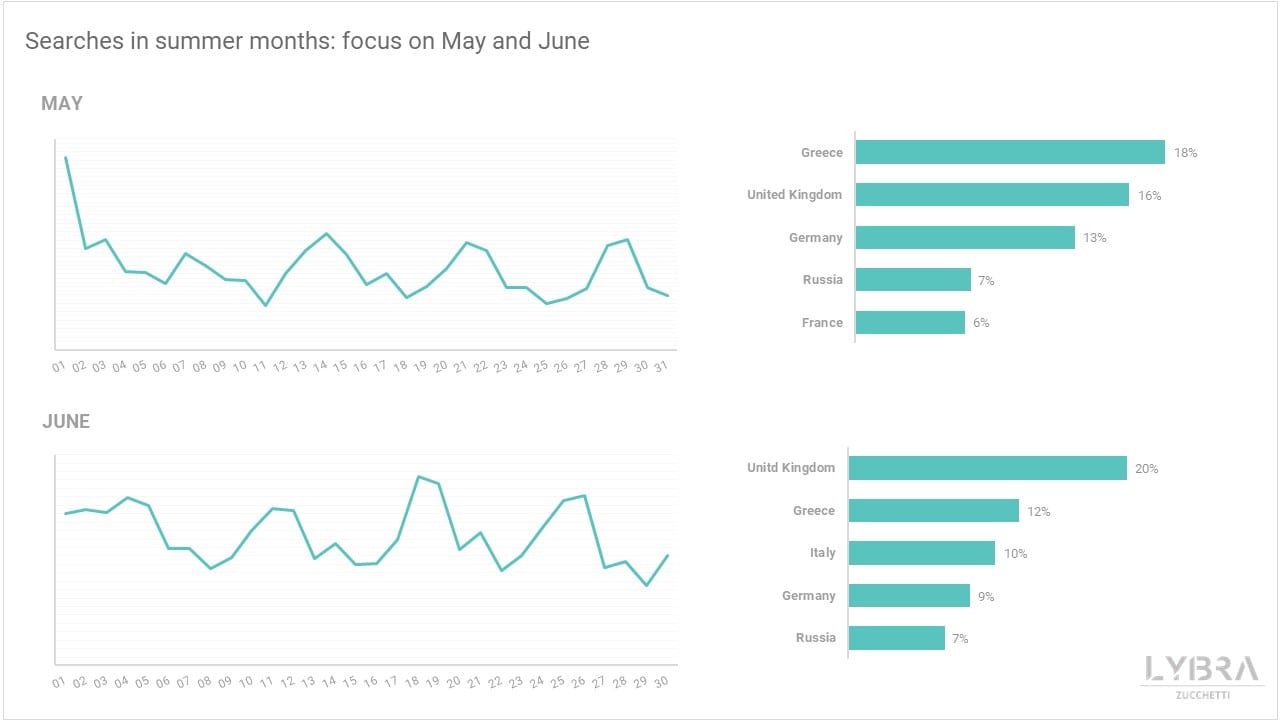 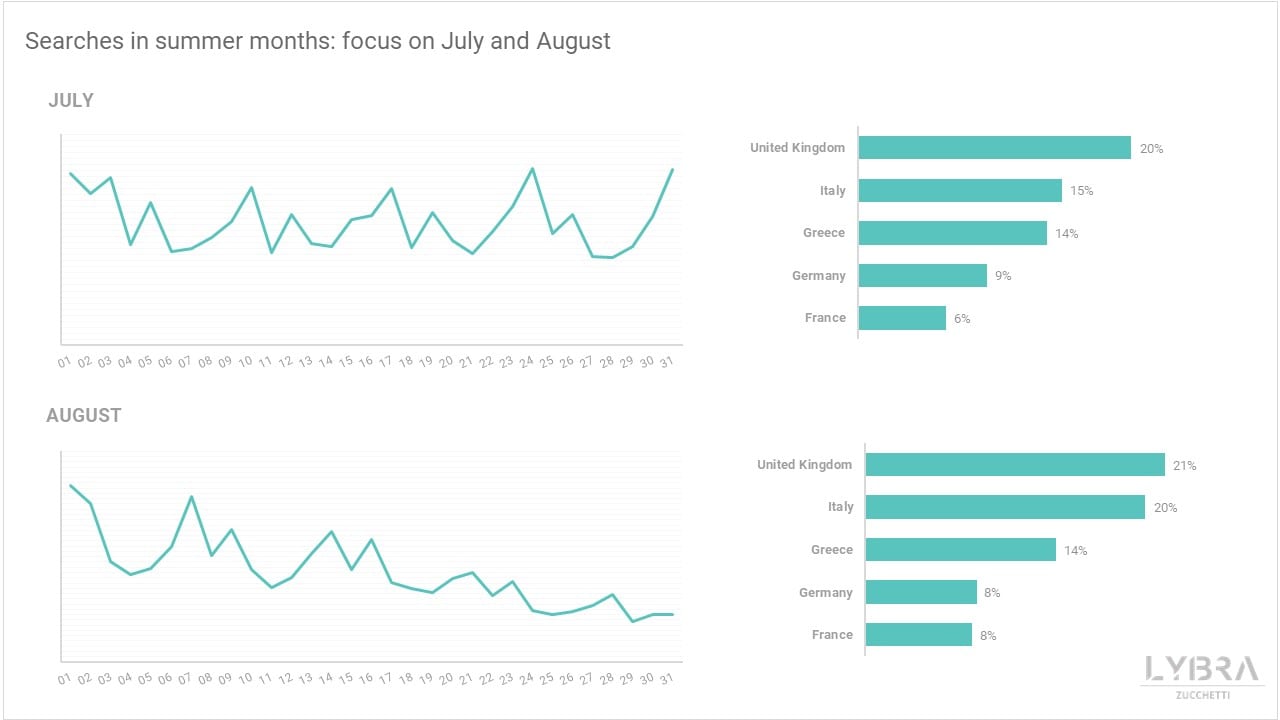